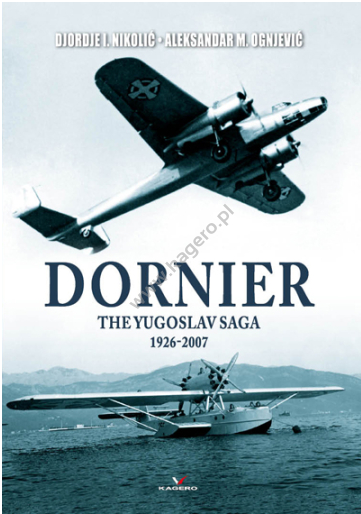 Following World War I, the need arose to renew the aging air force of the Kingdom of Serbs, Croats and Slovenes (KSHS - Kraljevina Srba, Hrvata i Slovenaca) which consisted mostly of obsolete war relics. The Kingdom approached the Dornier factory having recognized its reputation for quality instead of going exclusively to its traditional ally, France. Of course, wartime reparation payments played a role in this decision, however this is not to detract from the fact that at the time airplanes which the Kingdom expressed interest in and eventually purchased from Dornier, had no equivalents. From 1926 when Do D was first introduced in the Naval Air Force (PV - Pomorsko Vazduhoplovstvo), various Dornier airplanes and floatplanes served with distinction and outlasted numerous changes in politics, names of countries, borders, flags, kings, dictators and presidents.

Three of those, Do 17K, Do 22 and Do Wal, took part in the brief 1941 April war opposing the German Reich who itself fielded Do 17 bombers in its ruthless attacks against the Yugoslav capital, Belgrade. After over 90 years of distinguished service, the retirement of Dornier Do 28D-2 brings the closure to the magnificent and without precedent Dornier Saga in the western Balkans. Even 50 years after the passing of great Claude Dornier, his brand of airplanes is still leaving a lasting mark in the world as well as Yugoslav and Serbian aviation history.