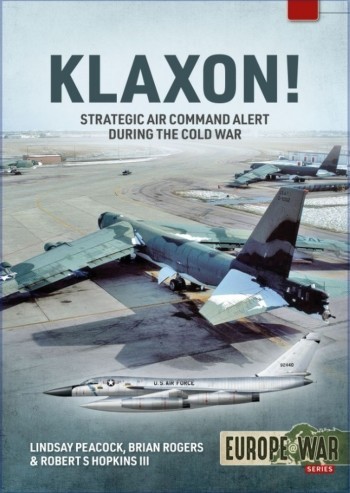 For nearly 35 years Strategic Air Command (SAC) maintained a continuous 24-hour, 7-day alert presence with its nuclear-laden bombers, nuclear-tipped missiles, and tankers filled with jet fuel. Ready to launch with just 15 minutes’ warning, the SAC alert force represented the most visible portion of America’s strategic deterrent to any prospective attack on the United States or its allies. For the first time, this book provides a detailed history of the evolution of the alert force, the airplanes, missiles, and units involved, and the many successes and failures that shaped the alert force. Chapters cover SAC’s earliest efforts to have bombers and tankers ready to retaliate, the origins and evolution of reflex alert, the changing demands on the alert force structure driven by improvements in Soviet defenses, the alert force during the 1962 Cuban Missile Crisis, chrome dome airborne alert, SAC’s ballistic missile alert force, the Post Attack Command and Control System, the impact of the war in Southeast Asia on the alert force, as well as the final years of alert and the abrupt end of the Cold War. Filled with extensive chronologies, tables, charts, maps, and photographs, the book is written by a noted author of multiple books and articles on SAC and its aircraft, as well as two former SAC pilots with alert experience in Titan IIs, B-52s, KC-135s, and EC-135s. Klaxon! is sure to become the definitive reference for this often overlooked but critically essential part of the Cold War.