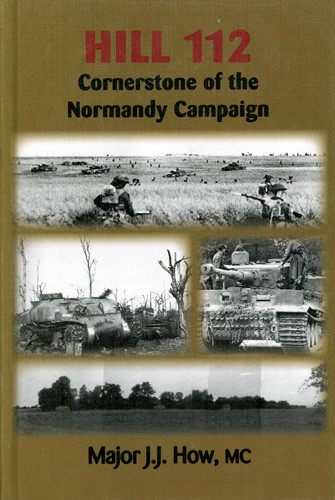 HILL 112 - CORNERSTONE OF THE NORMANDY CAMPAIGN

This is a reprint of the long out-of-print and wonderful account of some of the most intense fighting of the Normandy Campaign, which involved a number of SS divisions and Tiger battalions.

General Bernard Montgomery, commander of Allied land forces in Normandy, planned to take Caen on the first day of the invasion – 6 June. After some of the most bitter fighting of the campaign, Caen was eventually captured by 18 July. On 3 August the Germans abandoned their positions on Hill 112.

Major How, a decorated veteran of the fighting, has produced an enthralling account of the battles for Hill 112 and the two massive British armored offensives intended to capture Caen – Epsom and Goodwood. Sources from both sides, including many dramatic first-hand accounts, have been used to produce a balanced narrative.