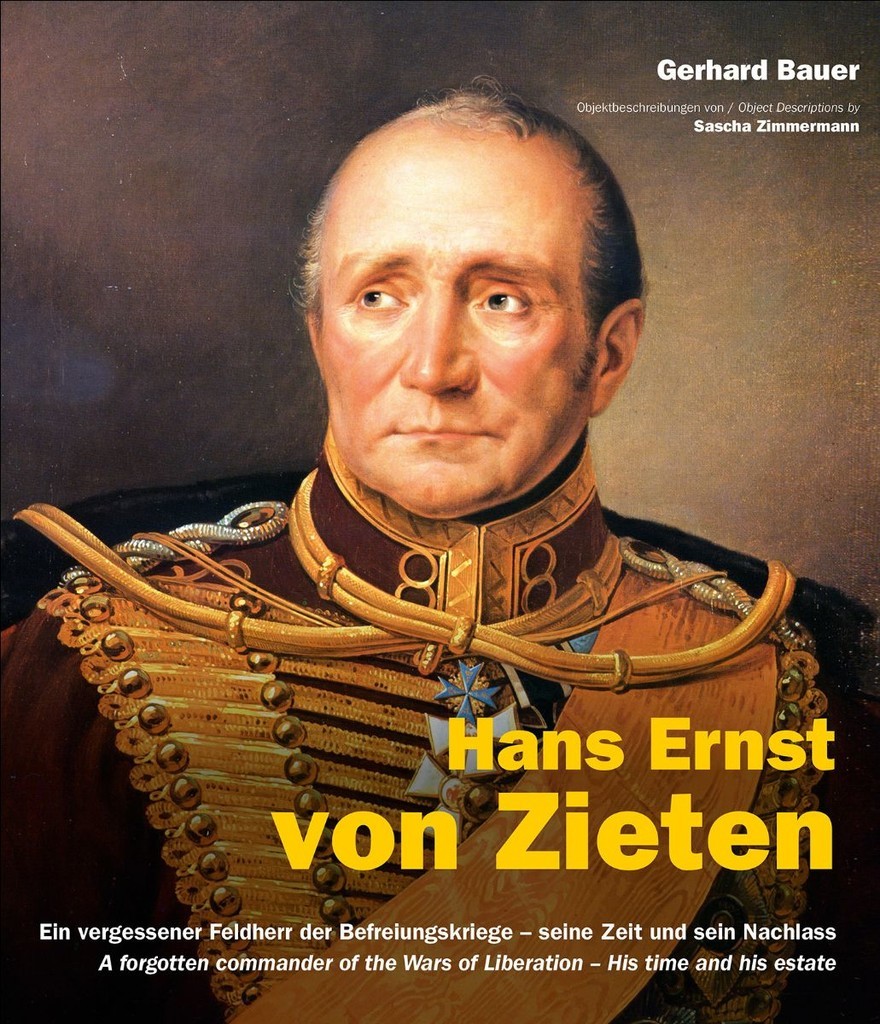 The son of a former officer of the Gens d’Armes Cuirassier Regiment, Hans Ernst von Zieten was born in 1770 as a subject of Frederick the Great, at a time when Prussia was beginning to consolidate its status as an aspiring great power. In 1786 Zieten joined the Prussian army, and in 1792, as a young hussar officer, he was dragged into the maelstrom of events that followed the beginning of the French Revolution. Concurrently, Zieten’s contemporary Napoleon Bonaparte, who was a year older, began his meteoric ascent. Apart from a brief interruption, Zieten served in all of the Prussian army’s campaigns from Valmy (1792) to Waterloo (1815). He earned his greatest merits in the last three years of the era, but was never acknowledged and popularly celebrated like other protagonists of the Wars of Liberation, such as Blücher, Scharnhorst or Gneisenau. Like them, however, he was showered with honours and awards by his king and his allies. The fact that Zieten’s estate with his decorations is one of the few from the time of the Wars of Liberation to have survived to the present day, provides the opportunity to present it with a richly illustrated work, as well as to deliver the man to whom they were awarded from oblivion.

The faleristic part of the work, consisting of expert descriptions and photographs of the objects in Zieten’s award estate, is supplemented by a richly illustrated essay, which traces Hans Ernst von Zieten’s military career and places it in its contemporary context.