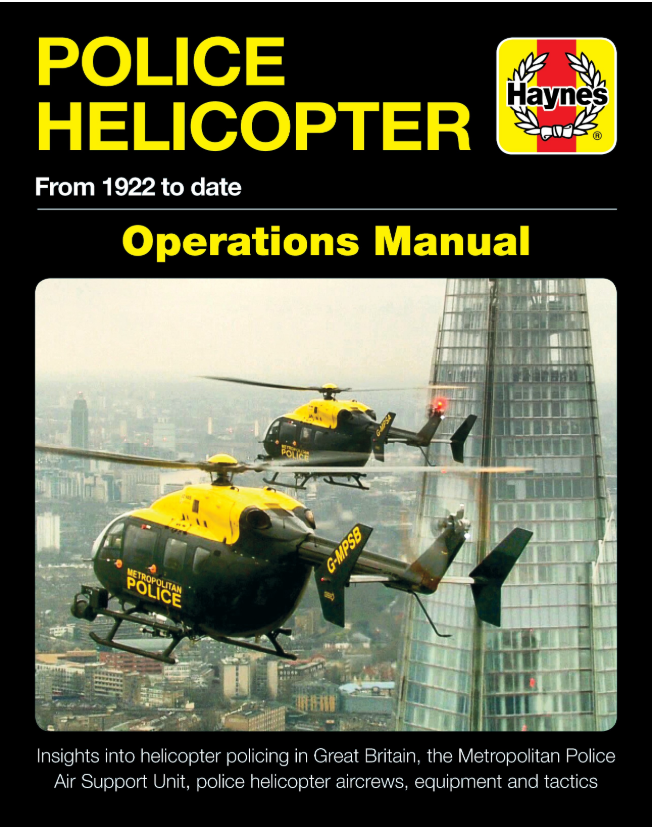 Police helicopters are operated in the UK by National Police Air Service (NPAS), which brings all 43 forces together and delivers a borderless police aviation capability countrywide. As Head of the Metropolitan Police Service Air Support Unit (ASU) for eight years between 2008 and 2015, Inspector Richard Brandon was responsible for the introduction to service of new custom-built police helicopters fitted with the latest high-tech surveillance equipment and for the training of police helicopter air crews. As such he is perfectly qualified to tell the story of UK police helicopter operations, how they work, what they do and how they do it.

Taking the Met’s ASU as the centrepiece of this manual, author Richard Brandon describes how police aviation in the UK has evolved since its beginnings in the 1920s; how the Metropolitan Police Air Support Unit (ASU) operates; the anatomy of a police helicopter (the EC135 and EC145); an in-depth look at the surveillance equipment and systems of the police helicopter – Wescam MX15 camera system, Skyforce Observer moving map system, Video Management System, Vislink digital downlink, Airwave digital police radios; the police helicopter crew, crew members and their roles, training and experience, a day in the life of each crew member; tactics – searching, pursuits, Public Order, and the use of infrared; the police helicopter in action – case studies of typical missions from different forces around the UK; and finally behind the scenes – crew recruitment and selection, helicopter maintenance, despatch and flight following.