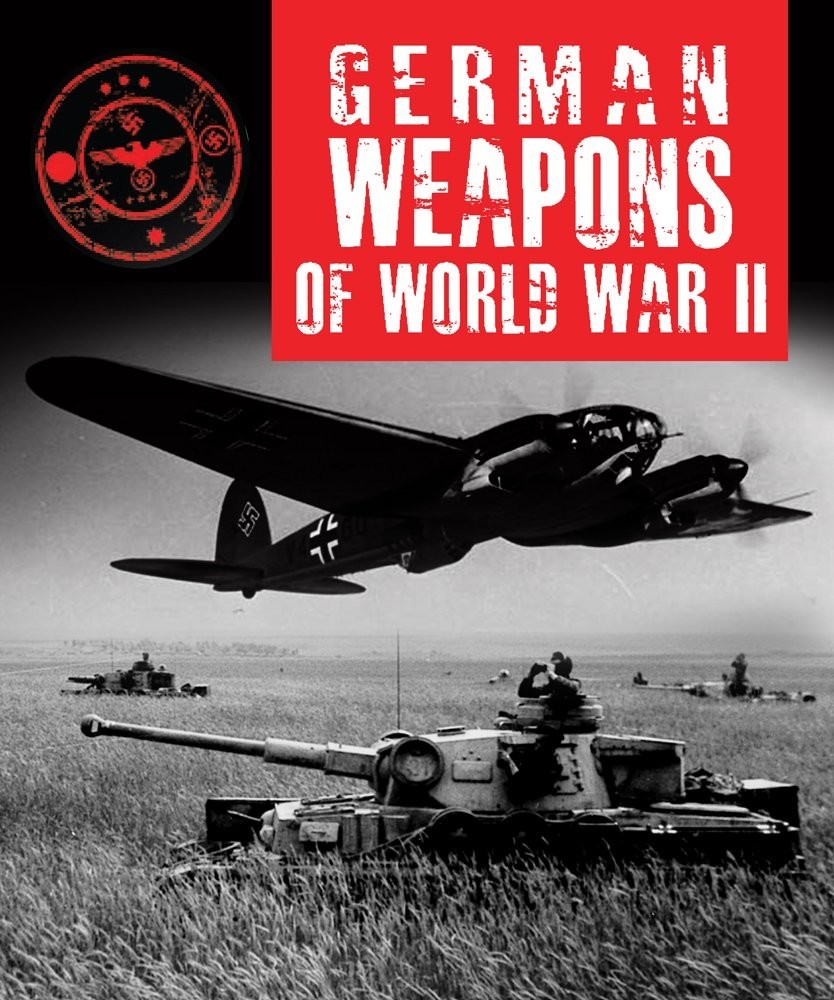 From fighter planes to guns and ships, this compendium explores the most important and influential pieces of weaponry and equipment used by the German armed services in World War II.

What were the weapons that made the Nazis seemingly invincible? Beginning with the equipment employed by the Wehrmacht and Waffen SS, such as the Panther tank, 88mm gun, and Nebelwerfer rocket launcher, and moving on to the famous aircraft of the Luftwaffe and the Navy's most notable vessels, this fascinating guide provides an illustrated account of Germany's major weaponry.

Each featured item appears in a full-color side-profile artwork, accompanied by a summary of its development and service history, and with a specifications table giving full dimensions, weight, performance, and other appropriate details such as crew, armor, armament, and powerplant, measured in both imperial and metric. Comparisons of key types show which was fastest, had the longest range, and was best protected.