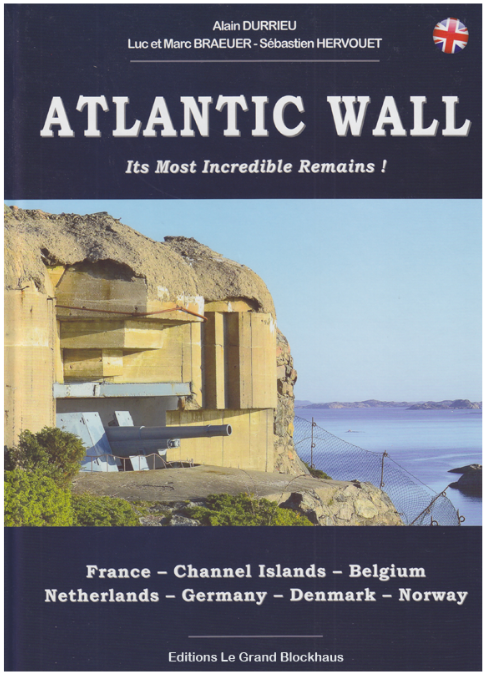 ATLANTIC WALL - ITS MOST INCREDIBLE REMAINS!

The Atlantic Wall: a name which sounds like a slogan, that German propaganda would use with advantage to present to the world the greatest and the most powerful fortification ever constructed.

Pierced in a single day, the 6th June 1944, its utility and real value were in the event largely neutralised, relegating the proud Atlantic Wall at once a useless fortification for one, a mythical illusion for the other. And yet, between these two extremes, the historic reality of the Atlantic Wall lies in the thousands of bunkers constructed in record time along the whole coast of occupied Europe, from the north of Norway up to the buttress of the Pyrenees in France.

Some seventy years later, what remains of this gigantic fortification? This book, illustrated with more than 1,400 photographs, maps and documents, takes the reader to Norway, Denmark, the Netherlands, Germany, Belgium and France, on a discovery of the most incredible remains !