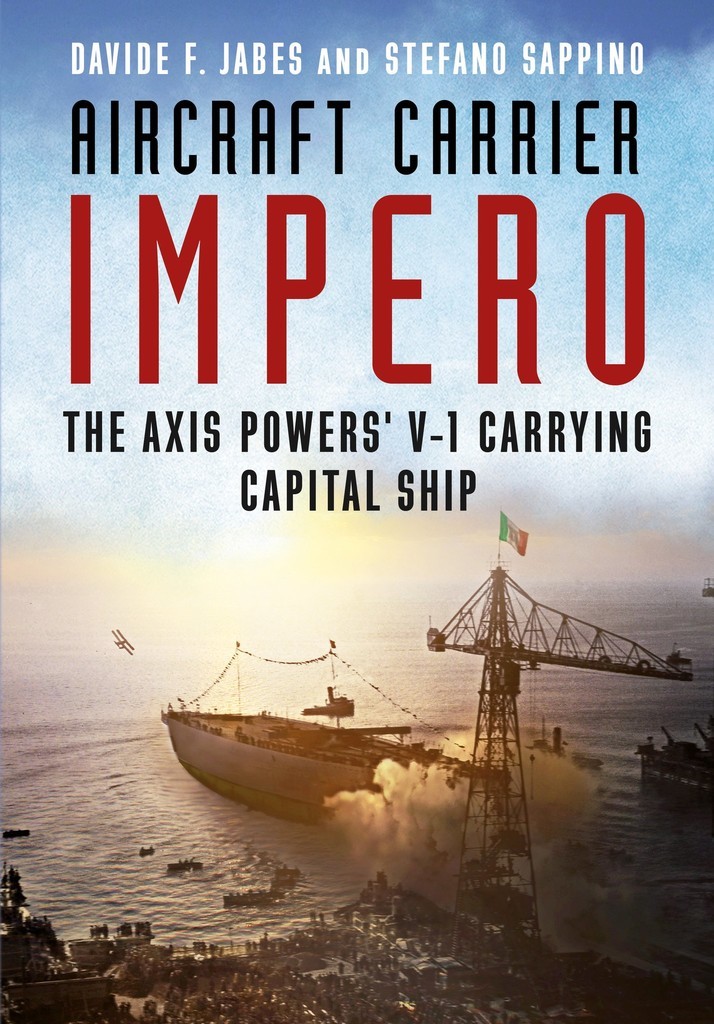 Classified intelligence on the V-1 flying bomb and other aircraft projects were acquired and then discarded when Ansaldo’s naval architect, Lino Campagnoli (1911–1975), issued plans for the Imperobattleship to be transformed into a modern fleet carrier.

Previously unpublished documentation reveals how the last of the four state-of-the-art Littorio-class battleships, which was in advanced completion (hull components and engines installed), was destined for conversion into a modern aircraft carrier.

This is an exhaustive historical review of the Impero and Regia Marina’s (Royal Navy) developments as well as the dramatic story of the lack of co-operation and strategic insight with Regia Aeronautica before and during the war (1922-1943). Also, a final evaluation of the revolutionary Pugliese anti-torpedo system, based on unpublished German and Russian documentation, is assessed.