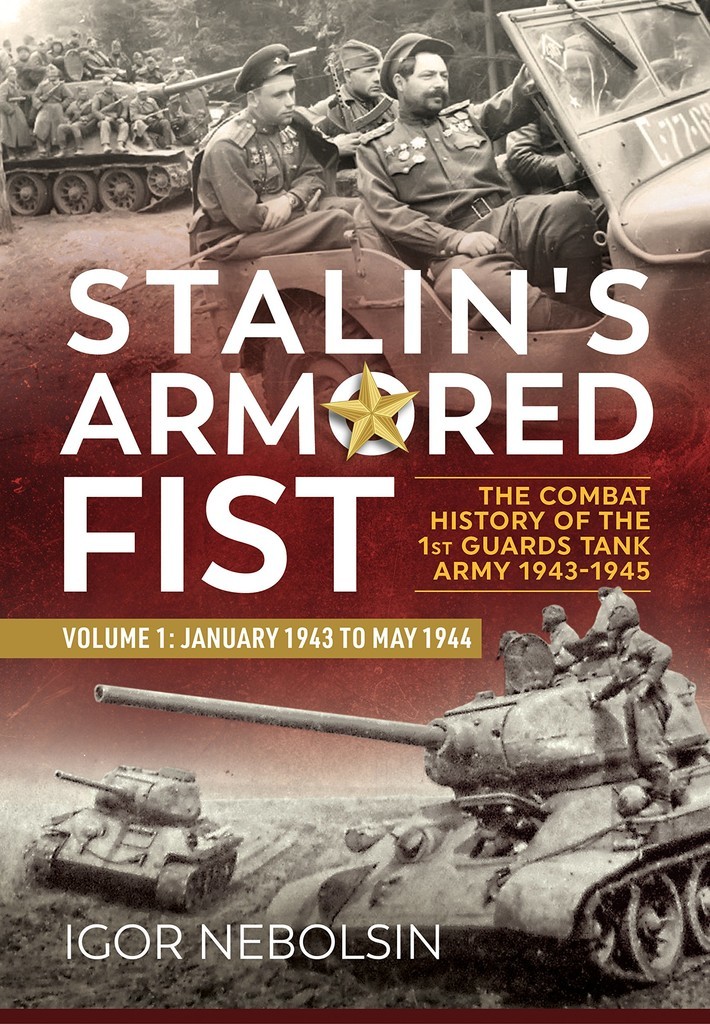 The new study of Igor Nebolsin provides end to end combat history of the Soviet 1st Guards Tank Army from its formation in January 1943 till the fall of Berlin in May 1945.

1ST Guards Tank Army represented true elite of the Soviet Tank Forces and its backbone - the 1st Guards Tank Brigade the first in the Red Army was elevate to the Guards title. The first volume covers Kursk – Citadel South, Belgorod, Kazatin (including German operation Watutin), Proskurov (Hube Pocket) till May 1944.

During Kursk Battle The 1st TA was holding defence in the area of Oboyan on the path of the main effort of the German II. SS. Tank Corps and XXXXVIII Tank Corps. During July 6th – 15th 1943 heavy tank battles broke out in the area of Jakovlevo, Pokrovka, Verkhopenje, Berezovka, Syrtsevo. From German side opponents of the 1st TA were units of 1.,SS Leibstandarte Adolf Hitler Panzer Division, Gross Deutschland Panzer-Grenadier Division, 3. and 11. Panzer Division and other units. During the Kursk Battle 1st Tank Army of General Mikhail Katukov mostly achieved its objectives and hold the area of Oboyan. In so doing it had comparable losses in tanks and personnel to their German counterpart in sharp contrast to 5th Guards Tank Army. In the course of the Belgorod operation 1st TA engaged 19. Panzer Division and forced Germans to destroy many Panther tanks of 52th tank battalion during retreat from Borisovka. During consequent tank battles at Bogodukhov and Akhtyrka against 3. SS Panzer Division Totenkopf and Gross Deutschland Panzer-Grenadier Division in August 1943 Germans managed to inflict heavy casualties on the army and force it to turn on defensive.

On the December 24th 1943 1st TA was committed in combat and quickly managed to breakthrough in the direction of Kazatin, Berdichev, Zhmerinka and defeat 25. Panzer Division and some other units. Later in January 1944 XLVI Panzer Corps (1.SS Leibstandarte, 4th Gebirgs Division, 101st Jaeger Division) along with units of 16. Panzer Division and Heavy Tank Regiment Bake) inflicted a powerful strike against units of the 1st Ukrainian Front in the area of Vinnitsa and tried to destroy 1st TA. Although army suffered heavy losses it managed to hold.

At the end of March 1944 1st TA was committed in the deep raids to Chortkov, Chernovitsy, Kolomyi and Stanislav, crossing Dnestr River and playing a decisive role in isolating 1st German Panzer-Armee in the Hube Pocket. Although this army managed to escape from the pocket and avoid the total destruction in the course of these combats it lost almost all tanks, self-propelled guns, artillery and other heavy weapons. The volume 1 ends with an intensive tank engagement of the 1st TA on April 20th 1944 against 506th Heavy Tiger Tank Battalion& 2nd Panther battalion of the 23rd Panzer Division which was one of the first battles of JS-II and T-34/85 tanks against German heavy tanks.

The day by day coverage of events, honest views of the Soviet& German commanders, statistical data from both Russian and German viewpoints, and the 'human element' based on the exciting first-hand recollections of Soviet tank officers all make this study an incredibly valuable source of information. The text is fully supported by specially-commissioned color maps and an extensive selection of photographs, many from private collections. 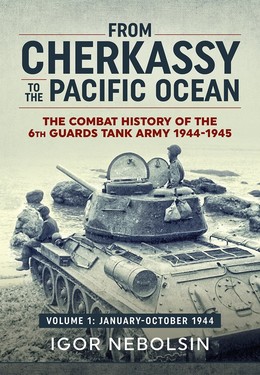 FROM CHERKASSY TO THE PACIFIC OCEAN : The Combat History of the 6th Guards Tank Army. Volume 1: January-October 1944